In this summer of 2019, ATLANTIS KV launches its new youth programme.

Two days a week will be reserved for supervised playing time on the premises. On Saturdays, visitors can come and experience the power of art and ecology through two different workshops: recycling art and/or origami.

THE ART OF RECYCLING

The International Day of the Earth's planet-- April 22nd-- is being conducted around the world for various manifestations in order to draw attention to the importance of preserving nature and preventing adverse environmental impacts.

This year, ATLANTIS KV teamed up with the local School of Kulen Vakuf and Orasac for an environmental workshop. The children collected trash and made beautiful pieces of art from it learning that it is important to protect our environment and how to turn discarded materials into useful objects through play and creative work. 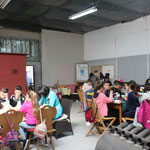 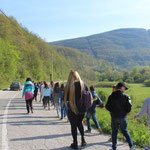 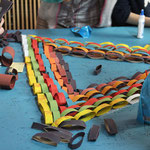 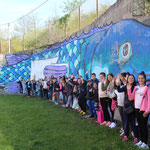 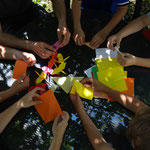 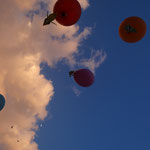 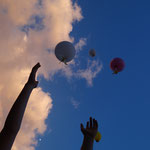 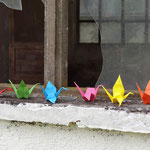 Papertoy was the result of a collaboration between ATLANTIS KV and the Prostor NGO from Banja Luka, and also the first workshop realised by Maja in Kulen Vakuf.

Inspired by an ancient Japanese legend, which promises one wish granted by the gods for anyone who folds a thousand origami cranes, the local youth was invited to the premises to fold origami cranes together. Besides the fun and sociality the children enjoyed during the project, their joint wish was truly genuine: peace and happiness to all children around the world. After folding the origami cranes, the wishes were placed in helium-filled balloons and let fly. The project was realised on June 4th, the International Day of Innocent Children Victims of Aggression.

President of the NGO and full-time residential worker Maja Zolak will be responsible for all educational activities in 2019. This includes environmental workshops, child care, art workshops for children and many other events. If you would like to support her work or receive more information, please contact maja@atlantis-kv.org or